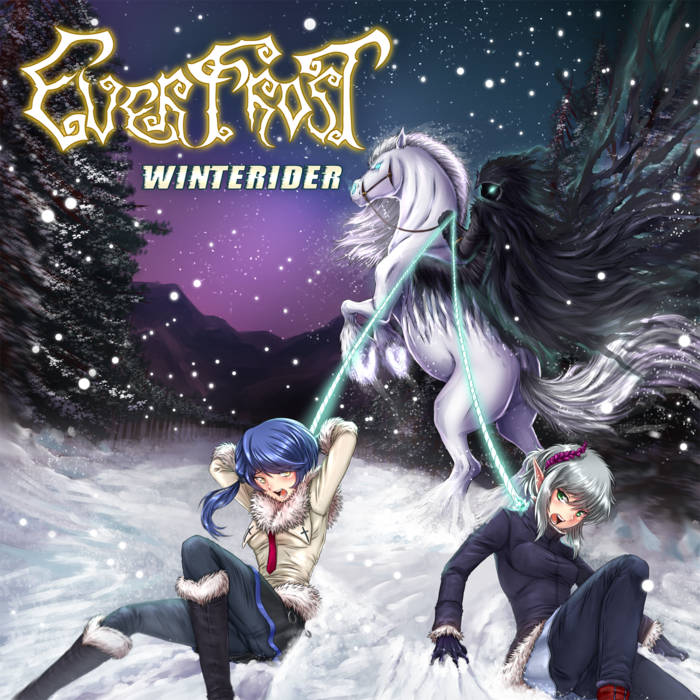 Nick One of the coolest Power Metal albums of the last 5 years. Fresh and unique. Perfect to listen in the Winter hen the snow comes down. Favorite track: A Whisper in a Frozen Tale.

Soluspharus Don't let the cover art fool you, Winterider is one of the most solid power metal albums I've ever heard. First impressions were great, and it only got better with more spins. Favorite track: Winterider.

-Five friends seek shelter in a lakeside cottage to escape an endless winter destroying their town, an unknown place hidden away from the rest of the world-

WINTERIDER is a unique undertaking for a metal/rock band, as it will be the combination between a fully coherent manga comic and a conceptual album.
NOTE: MANGA COMIC AVAILABLE ONLY WITH PHYSICAL PURCHASE

Get ready for 10 new blistering songs of a harsh winter tale including Everfrost's fastest song to date, first ballad featuring a guest solo by Asim Searah of Wintersun, cover of pop star Kesha's 'Die Young' and an epic clocking in at over 15 minutes.