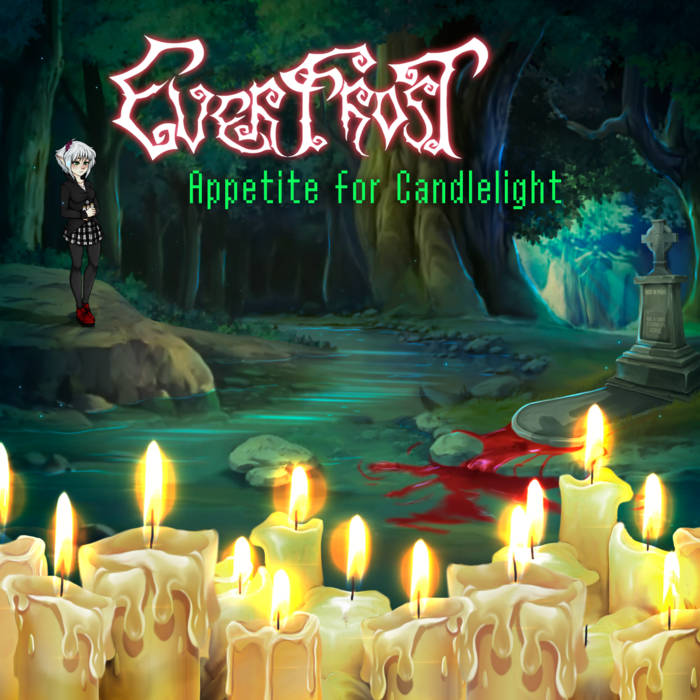 Everfrost's followup to their debut album, Blue Eyed Emotion will be an EP including three covers by the band and the new original title track, 'Appetite for Candlelight'.

The cover criteria was presented as 'something from an anime, something from the past and something from a game'. This became the covers of 'Kishi Koushinkyoku' by angela from the anime Knights of Sidonia, 'Tarot Woman' by Rainbow and 'Megalovania' from the independent RPG Undertale.

The new original track 'Appetite for Candlelight' was also written to act as a missing piece of the story in Blue Eyed Emotion.

Japanese mangaka and visual artist, Michiru Bokido is back on board with the band illustrating and designing the backgrounds of the EPs artwork. Also a new artist, qhostkid joined the project to make the cover's character artwork.
Michiru Bokido: michirubokido.deviantart.com
qhostkid: qhostkid.deviantart.com

The EP was recorded at Duskswitch studio, Finland between July and November 2016, was mixed by Benjamin Connelly at Duskswitch during December 2016 and was mastered by Janne Tolsa at Note On Studio, Kuopio Finland during January 2016.